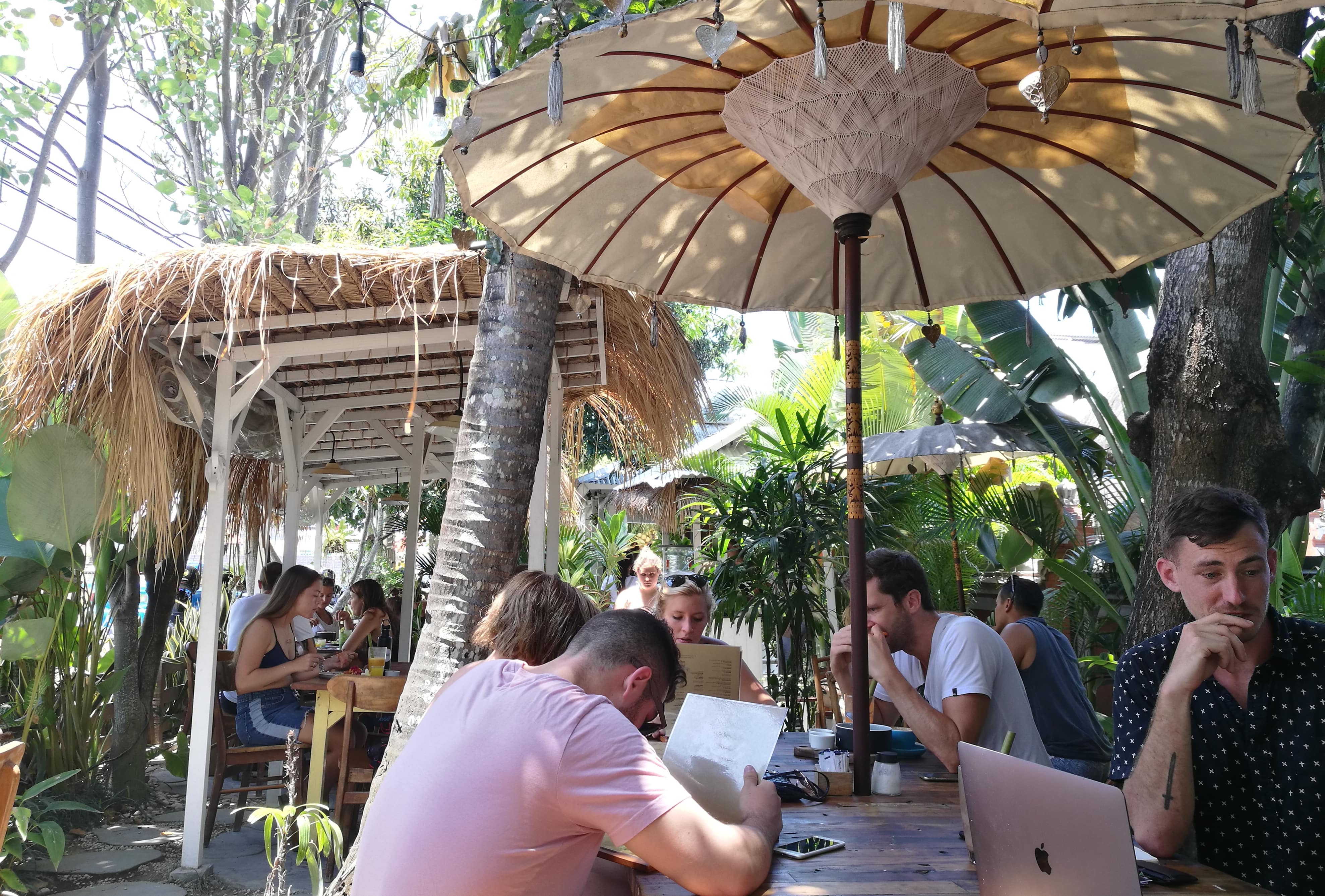 Flip a coin, throw a dart at a map or see where your finger lands on a spinning globe – we’re not here to judge the strategy by which you choose the next stop on your nomadic journey. But I can tell you that there are certain cities that crop up on every digital nomad’s list, and with so many remote workers flocking to these destinations, I can’t help but think: maybe they’re on to something. Here are our top 10 digital nomad hotspots.

Visually arresting buildings adorned with hand-painted tiles, great public transportation and mouthwatering pastries are only a few of the reasons why location-independent folks have started flocking to Lisboa in droves.

This city has an international airport that offers up direct flights to locations in both hemispheres making it easy for you to visit family and friends ‘back home’ (wherever that may be). Not to mention, there is no shortage of coworking spaces and should you want to stay in Lisbon for a few months, the low cost of living means that you can rent your very own flat for a much lower price tag than in many other European cities.

When I visited, I decided to go the even more budget-friendly route and crashed at NLC Hostel which turned out to be the best decision I could’ve made given their strong wifi connection and their location directly on the famous Avenida da Liberdade.

The impending drought notwithstanding, South Africa is a favourite destination for many travellers and working professionals alike. While locking down a place to live in Cape Town could get rather expensive, the food options are cheap and the wi-fi is pretty reliable. You’ll find a budding coworking scene and a small, yet active, Facebook group to help with your planning. And if Cape Town’s on your radar, this may also be a good time to start adopting some sustainable travel habits.

Chiang Mai was at first a major hub for ex-pats that has now morphed into the digital nomad capital of the world – and from what I’m told, you either love it or hate it. The reliable internet and tropical climate are part of the reason why some nomads end up settling here for months or even years at a time – and with access to more coworking spaces than you can count, and rent as low as $200 USD per month, who can blame them!

Some have complained that Chiang Mai has become very homogenized and western with the influx of so many DNs, but it’s up to you to experience the vibe for yourself and determine if it’s your schtick.

Located about as far as you can get from Europe while still remaining in the Union, the Canary Islands are an autonomous community of Spain and a favourite spot among digital nomads who appreciate long summers and mild winters. Besides having the option to pop into a coffee shop to do your work, Las Palmas has a surprising number of coworking spaces. It’s even home to a UNESCO World Heritage Site in ‘Vagueta’ where you can travel back in time to the 1400s and learn some military history.

Living in Las Palmas might not be as inexpensive as some of the other cities on this list but it offers the perfect blend of culture, great weather, outdoor activities, and convenience.

Despite the political discussions regarding its criminal code, Indonesia remains one of the most popular digital nomad hotspots because, well, have you seen the photos of it all over Instagram? These islands are stunning! If living in a private villa with your own pool and surfing every morning before work is your thing, then Canggu is the beach town for you.

Don’t fret if your villa doesn’t have the wi-fi speeds that you need, getting a local SIM card with data is easy and affordable and coworking spaces are bountiful. In fact, the island of Bali is chock full of coworking spaces – there are over two dozen listed on Coworker alone.

Forget the stories about Pablo Escobar and drug wars, the rich history and beauty of Colombia (found both in its cities and the people) are what keep travellers going back. Medellin itself is known for having a solid infrastructure – which includes tons of FREE Wi-Fi in its malls, cafes and even in some public spaces, so you won’t have to rely solely on the data on your SIM card if you don’t want to.

The popular area of El Poblado is chock full of hostels and hotels but if being part of a dedicated community of entrepreneurs is more your speed, there are countless co-living and co-working spaces to keep you happy.

Spain lands on our list more than once, which is understandable given that every region has its own distinct climate and personality. Tarifa is a windy city in the southernmost point of Europe on land – a dream location for kite surfers and those looking to venture over to Morocco via ferry at some point during their stay.

There’s only one coworking space, La Cocotera, which doubles as a hostel, so you can have all your nomadic needs met under one roof. A lot of places don’t have Wi-Fi, so this is one location where you will want to keep a SIM card handy, but the iffy internet is not enough to keep nomads away. Into making connections while you travel? Tarifa has a Facebook group for that too.

Full disclosure: I had never heard of Sofia before I started my nomadic life – which is a damn shame on me because it’s the capital of Bulgaria. Nowadays, I can’t seem to escape it as it comes up in discussions as one of those digital nomad hotspots with almost everyone I meet. Many people in Sofia speak English and if you take a look at a map, you’ll see that it’s conveniently located near Europe, the Middle East, and North Africa; and when you’re a frequent traveller, location is everything.

The one thing that remote workers rave about the most in this city, however, is the internet, which is known to be extremely reliable and extremely inexpensive. If Sofia is your next move, then check out  Female Digital Nomads for their thoughtful guide to being a DN in Bulgaria.

Oh, Barcelona. I could dedicate an entire book to this city and perhaps one day I will, but suffice it to say: Barcelona has my heart. This was the first city that I decided to live in when I kicked off the first international leg of my digital nomad journey and if it weren’t for a burning desire to see the rest of the world I may never have left.

Although Barcelona is a tourism hotspot, it’s also become a highly sought-after destination by location independents due to its vibrant culture, arts scene, amazing food and festive nightlife. Coworking spaces are cropping up throughout the city and co-living spaces like A Landing Pad make it very easy for you to feel right at home in the capital of Cataluña. Check out our Guide to (co)Working in Barcelona if you’re planning a visit.

We round out this list with a spot in the western hemisphere because Mexico is not just for spring breakers. In fact, Playa del Carmen, in particular, is a very popular first stop for many American digital nomads before they work their way across the pond. Good food? They got it. Stunning beaches? They have that too. Mayan ruins? You’ll have to step away from the city, but how could you not explore the history of one of the oldest civilisations in the world. I’m getting ahead of myself…the Wi-Fi can be hit or miss, but the major selling point is Playa’s many networking opportunities, making this a necessary stop if you’re hoping to find a business partner or make meaningful connections.

This guest post was written by Vianessa Castaños, a Digital Nomad based in Madrid. She is the editor of The Hustle Juice.

Vianessa Castaños is a scriptwriter and producer who moonlights as a travel and culture journalist. She also runs Hustle Juice, an online resource for location-independent professionals and travel junkies. Follow her on Instagram @hustle_juice and @vianessac. 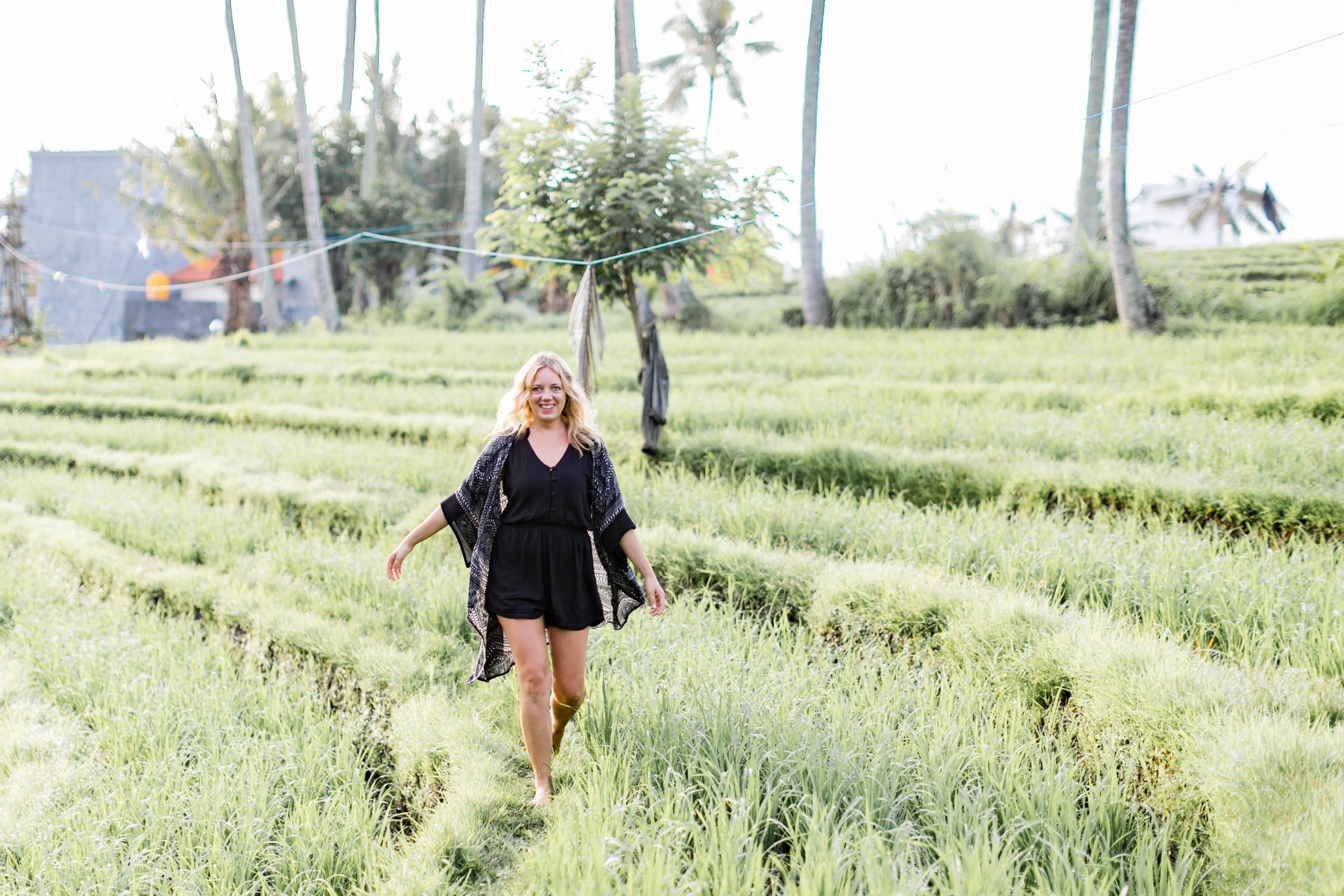 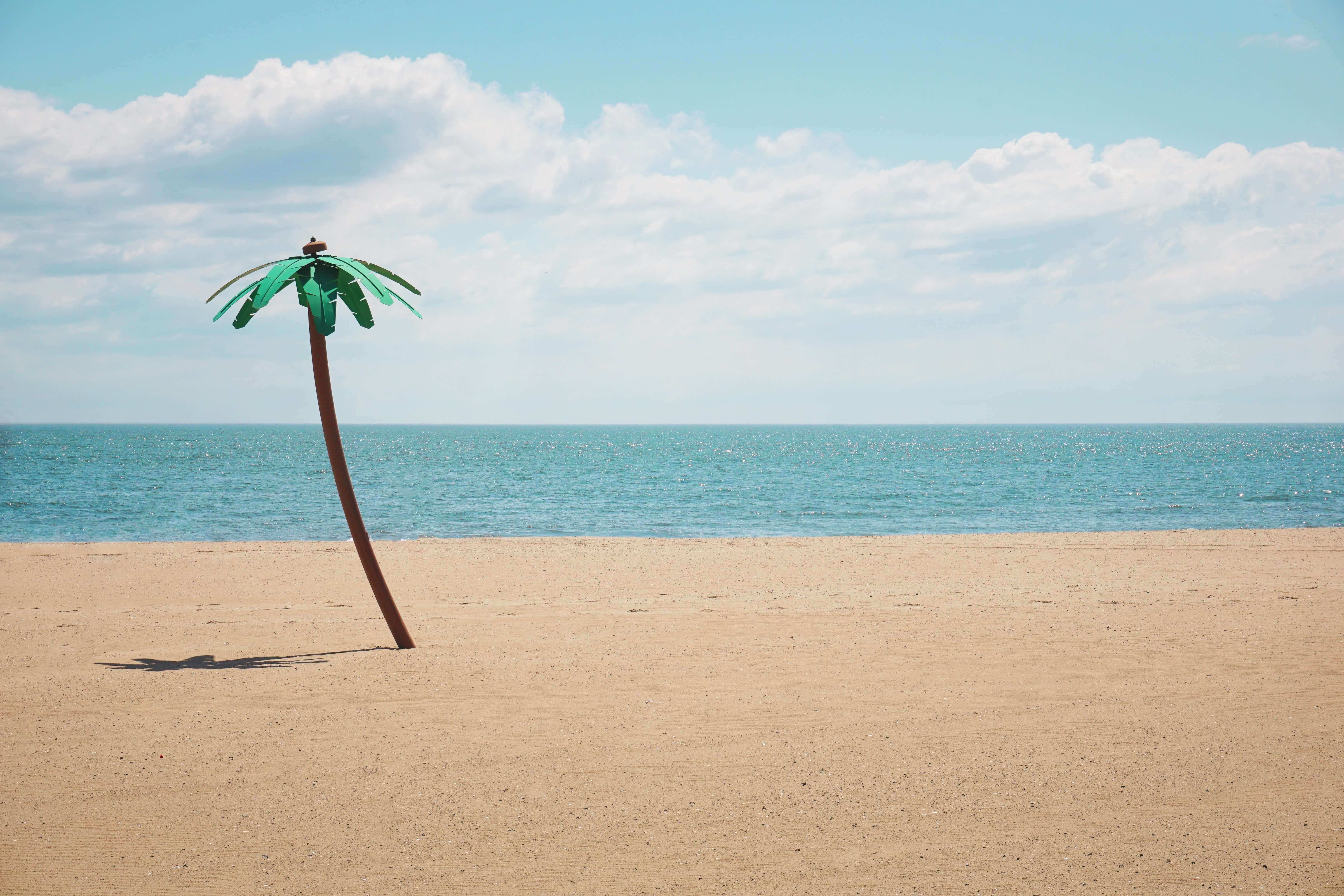 What is life design anyway? 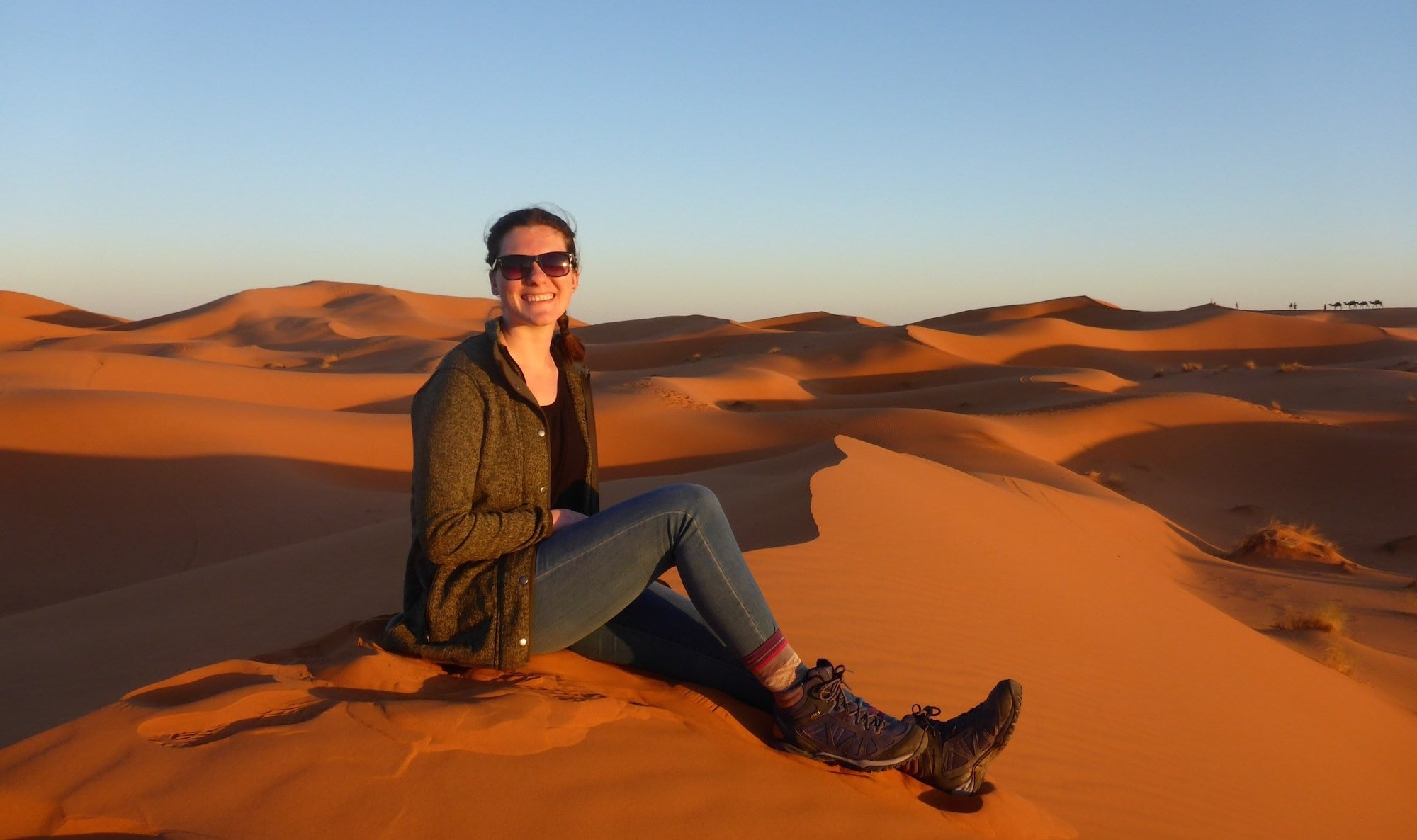