Home/Digital Nomad Travel/10 things to do The Hague, the world’s judicial capital 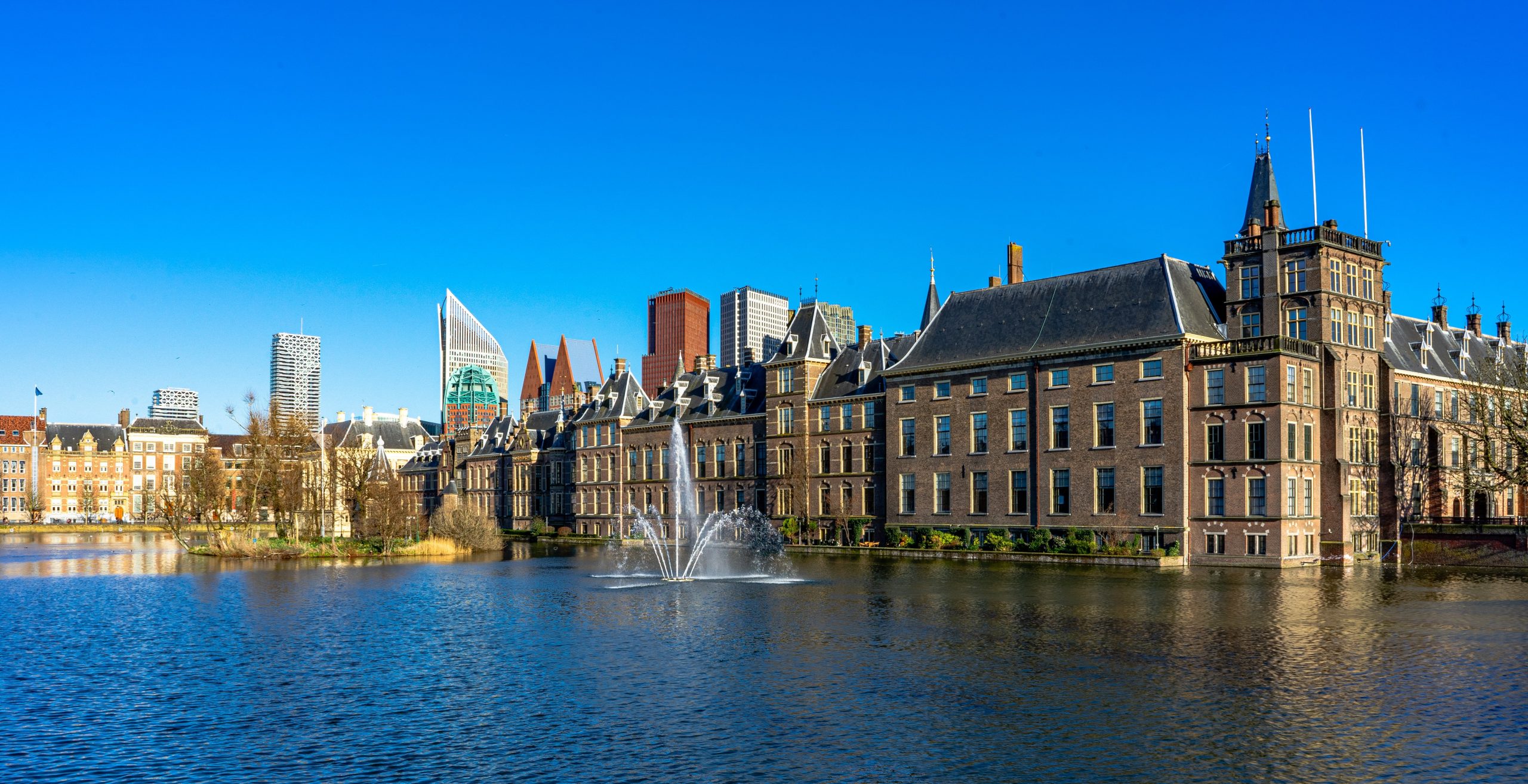 10 things to do The Hague, the world’s judicial capital

10 things to do The Hague, the world’s judicial capital

The Hague is “the judicial capital of the world”. This might not sound like the sexiest spot on earth, but it’s a place where one may purchase food straight from a wall, smoke the green stuff to your heart’s content and indulge your cravings for some of the best and most varied multi-ethnic cuisines in Europe. Contrary to popular belief, The Hague is not the capital city of the Netherlands – that title belongs to good old Amsterdam.

The Hague, the quieter of the two cities, is the seat of the Dutch government and parliament, the residence of the current king Willem-Alexander and his lovely Argentinian-born wife Maxima, as well as home to a stunning, picturesque beach on the North Sea called Scheveningen.

This quaint Dutch city can best be described as gezellig (a Dutch concept akin to the Danes’ Hygge). It’s got about half a million residents, so I always wonder why so many are yet to hear about it (I’ve had travel agents ask me what it was). Blank glares are shot my way when I talk about living there when I was younger. Only when one mentions its proximity to Amsterdam is it legitimised as its own place. Finally stepping out of Amsterdam’s shadow, The Hague is coming into its own with regeneration and major sprinklings of glitz. Here’s what to do when visiting Amsterdam’s little sister.

This one’s certainly a mouthful. Many find it hard to pronounce Scheveningen (Sh-keh-veh-nin-ghen), the coastal region of The Hague. If you struggle to get the words out, just ask for directions to the beach (or “strand” in Dutch) and someone will point you in the right direction. Scheveningen has somewhat optimistically been referred to as “the Santa Monica of Europe”. Come here for a spattering of beachside restaurants and bars which are torn down each winter and rebuilt every summer.

The pier burnt down a few years back and thankfully has been colourfully rebuilt. The tacky arcades have been replaced by gezellig (cosy) stores and restaurants to take in the sway of the North Sea. There’s an open-air deck too and you can even Bungy jump from De Pier. 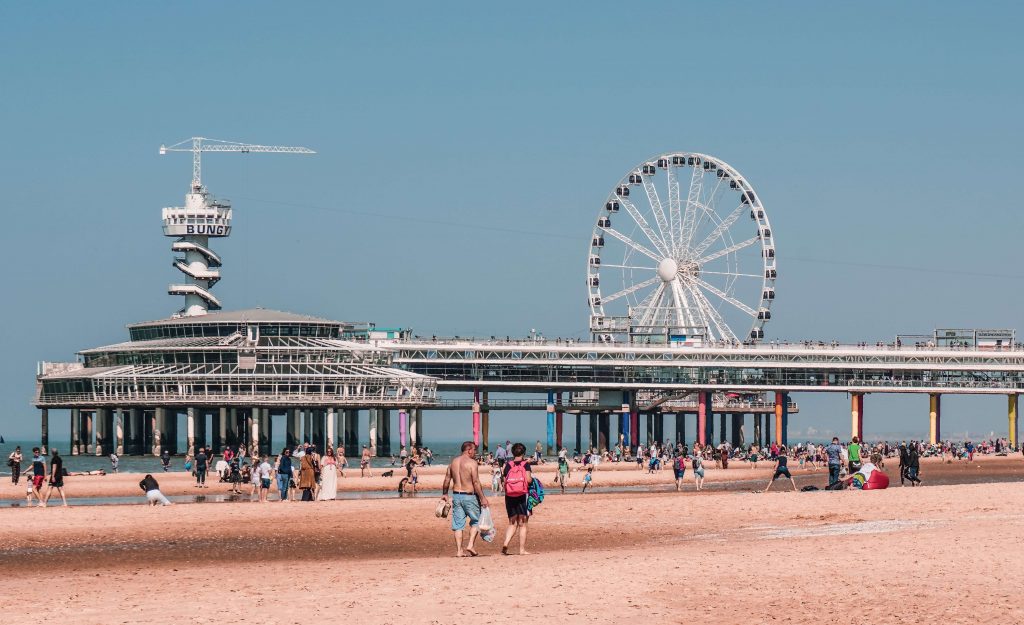 Standing majestically in the backdrop is the Kurhaus Hotel, a regal structure that has been standing since 1885. Scheveningen also hosts an annual European fireworks festival and when the mercury isn’t quite as high, you’ll find thousands (around ten) diving into the ice-cold North Sea for the annual Unox sponsored New Year’s Day dive. Brrr. Fret not, however, as Unox provides daredevil divers with warm orange hats before and hot soup afterward. 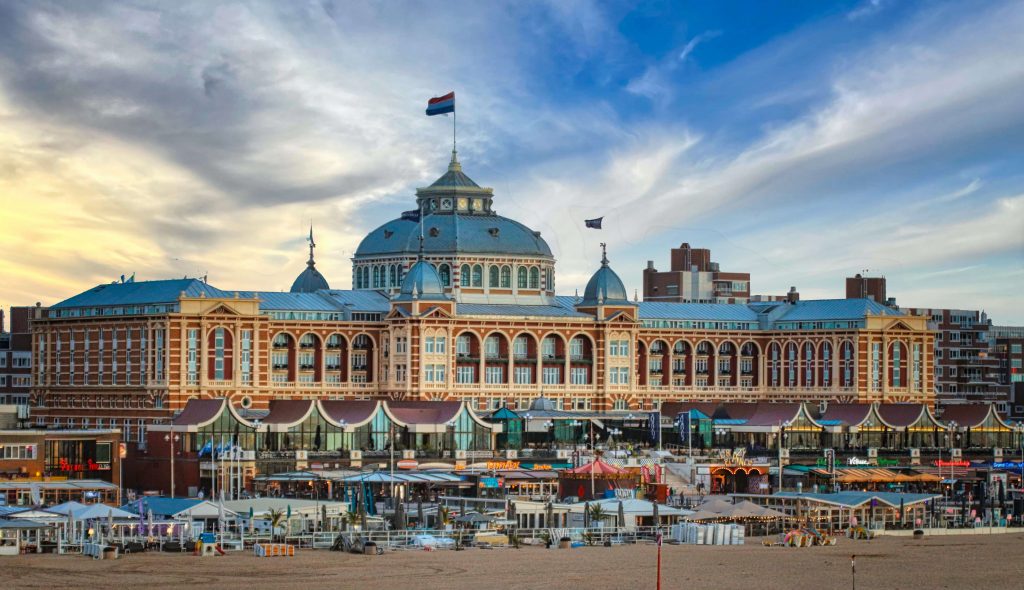 2. Enjoy all the culture in The Hague

While Amsterdam boasts the globally-famed Van Gogh, Rijksmuseum, Rembrandt, and Anne Frank museums among others (with hour-long queues to boot), The Hague is home to the M.C. Escher museum, Escher in the Palace, which fans of the artist’s mathematically-inspired optical illusions will find particularly enjoyable. It’s a permanent exhibition set in the former winter palace of Queen Mother Emma of The Netherlands. There’s also the Mauritshuis to sink your teeth into and meet the original “Girl with the pearl earring” by Vermeer as well as other fine works from the Dutch golden age.

3. Snag a The Hague exclusive

There are a handful of pursuits that are only available in this city. For instance, you can see an original letter written by Oscar Wilde at Museum Meermanno (Huis van het Boek) which is the oldest book museum in the world dating back to 1852. You can also visit Binnenhof which is the seat of the Dutch parliament in the centre of the city flanked by the Hofvijver (or Court Pond) and a picturesque leafy park. Binnenhof happens to be the oldest parliament building that’s still in use. Mauritstoren in the Binnenhof was also the site of the world’s first telescope demonstration (the first patent application for the humble telescope was back in 1608 by a Dutch eyeglass maker called Hans Lippershey).

Another The Hague exclusive, you can stay at the hotel where megastar Russian ballerina Anna Pavlova (who the dessert is named after) took her last breath. This was at Hotel Des Indes, one of the very finest hotels in The Hague. 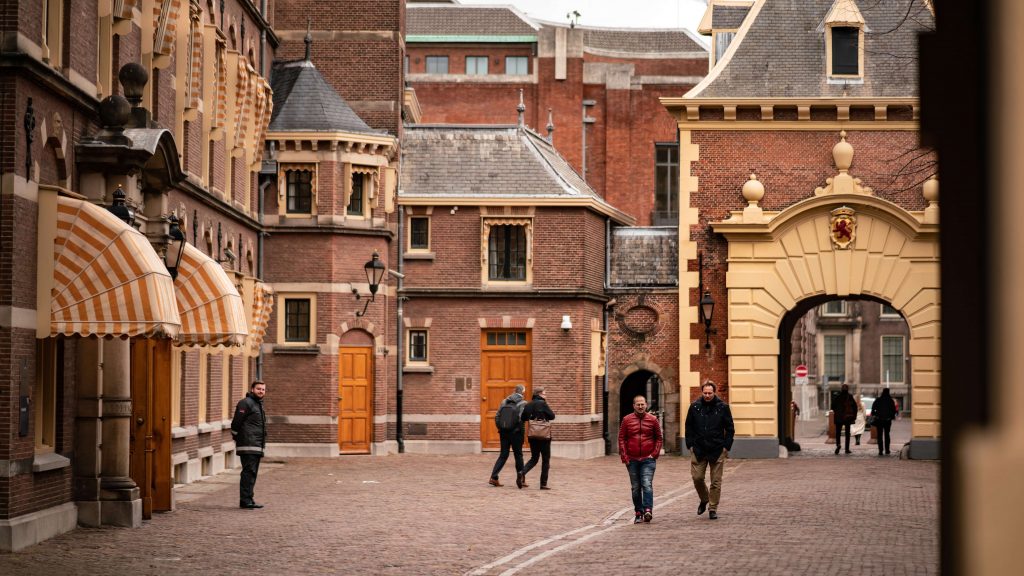 While many will argue that Dutch food “isn’t a thing”, I absolutely love going back to visit and indulging in all the edible splendours that the country is recognised for including raw herring, normally served with pickles and raw onions. The dish is traditionally eaten by picking up the herring by the tail and gradually sliding it into the mouth. Lekker (delicious)! I have to have some the second I lay eyes on one of Holland’s many iconic little street-side fish stalls or stalletjes, which tend to be adorned with patriotic red, white and blue colours alongside Dutch flags. You may also have your herring cut into pieces or with bread.

Don’t ask to have your herring with mayonnaise on top – you’ll be laughed at and told that it’s not a hamburger. Also, watch out for the birds (meeuwen), they’re cunningly fast and your tasty meal will disappear within seconds. 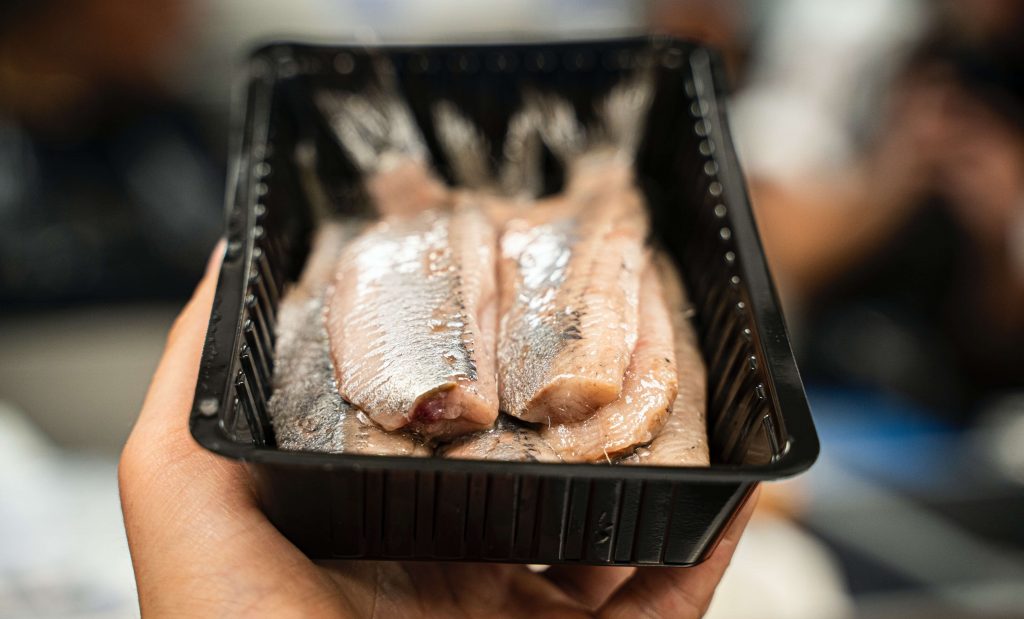 Also typically Dutch is vla, a creamy dessert made from custard and cooked milk, and normally sold in cartons (debate still exists as to whether one eats vla or drinks it). A trip to Albert Heijn, Hoogvliet or any other fine Dutch supermarket will unearth such scrumptious vla flavours such vanilla, caramel, chocolate and banana. They’re certainly worth a try.

The Dutch are also suckers for sweets or drop. It isn’t only children you’ll see at sweet shop Jamin filling up paper bags with liquorice and other sugary things that your dentist would advise you against. Hailing from The Hague are Haagsche Hopjes, a caramel and coffee sweet that’s slightly reminiscent of Werther’s Original. Another The Hague exclusive is Haagse Kakker, a not-so-photogenic pastry that’s technically named after faeces (just Google the translation of kak).

Fries are also a standard snack here and you will almost certainly find a vendor selling frites or patat on almost every corner you turn. Oh, and you’re spoilt for choice toppings-wise. I’m never sure whether to go for patat met (fries with mayonnaise) or patatje oorlog (fries with mayonnaise, sate sauce and onions), which translates as “war chips”. A curious name indeed.

Sate sauce, a spicy mixture of peanuts, kecap manis, ginger, chilli and turmeric, is widespread in the Netherlands due to the sizeable Indonesian population in the country. Trying Dutch cheese also goes without saying.

5. Spruce up your vocabulary

It always helps to know a few words whenever you go somewhere new. The locals will appreciate your Dutch attempts even though many people speak perfect English here (The Netherlands is ranked second for best English speakers in Europe outside of the UK). Say hallo (hello), dooie (bye), dankjewel (thank you) and alsjeblieft (please) whenever you go shopping. Absolutely nobody ever says neuken in de keuken, by the way.

You’re much more likely to find bicycle parking lots than car parks dotted around the city. No joke. With the Dutch being the most prolific everyday cyclists in Europe, biking around the city is remarkably safe and easy as there are countless bike paths, which even have their own cute traffic lights.

You’ll see the Dutch cycling to walk the dog, texting, smoking, holding a briefcase, in a tuxedo or carrying two large buckets of paint as I recently witnessed. For the perfect Dutch day out, get on your fiets or bike, explore, indulge and enjoy all the beautiful little things this charming little city has to offer.

The Hague is also great to explore on foot and an uber-central lodging like Hotel Babylon beside The Hague Central Station would certainly allow for a thorough exploration of the city’s central areas. 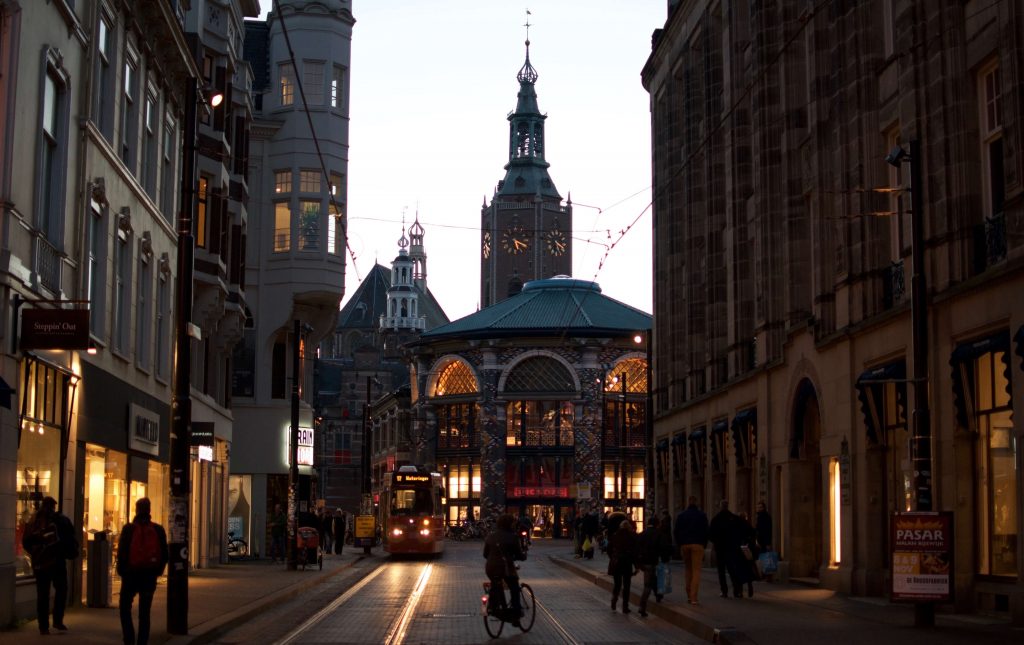 The lion’s share of The Hague’s partygoers flock to Grote Markt, a grand square with an array of bars and restaurants and a large seating area in the middle for all the various establishments’ clientele to mingle together. Boterwaag and Zwarte Ruiter are two of the more popular bars but my personal favourite is Vavoom, a low-lit Tiki bar with evocative Hawaiian decor and funky glassware. Across the street is the crowd-funded Bleyenberg, a dazzling rooftop bar offering fine cocktails and a coveted view of the Grote Markt revellers below.

Many decamp to Amsterdam to get lost in clouds of weed smoke but The Hague also has its share of coffee shops. Many of these puff palaces have chuckle-inducing tongue-in-cheek names like Sky High, Sky High 2 and Happy Smile.

The Hague is a city of palaces. The Koninklijke Schouwburg or Royal Theatre was originally built as a palace for Prince Karel van Cristiaan van Nassau-Weilburg. The Dutch royal family have three official residences, two of which are in The Hague; Paleis Huis ten Bosch in the Haagse Bos forest, and Noordeinde.

The Peace Palace (Vredespaleis), the home of the International Court of Justice (ICJ) and the Permanent Court of Arbitration, deceptively is not actually a palace. The exceptional grand building is the global home of world peace, presented by Andrew Carnegie to the Permanent Court of Arbitration during World War One. The Peace Palace is open Tuesday to Sunday for those wishing to walk these majestic walls. 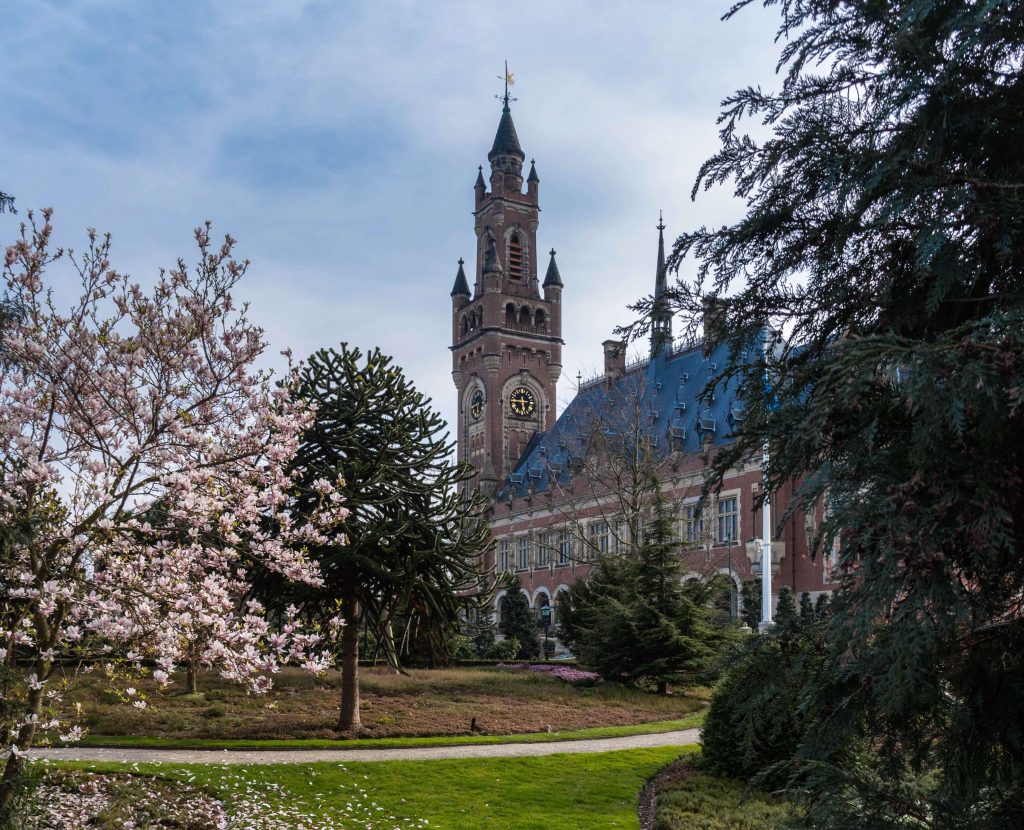 The Peace Palace in The Hague

Nearby Leiden is home to Leiden University, which lends it effervescent energy. Leiden is also blessed with a myriad of lovely canals that are best enjoyed by boat. There are lots of boat tour operators in the area but you can also rent a private one from companies like Olympia Charters for around 150 euros per day. Don’t worry, if you’ve never operated a boat before, they do give detailed instructions before you sail into the sunset.

Getting around The Hague

The Hague is 30 minutes from Amsterdam Schiphol Airport. Once in The Hague, it helps to buy an OV Chipkaart, a touch-in and touch-out system much like London’s Oyster Cards. Top up your balance at any station and you can use it on all forms of transport. Always, always remember to touch out. The Hague has a robust and reliable public transportation network of buses, trains, and trams that add charm as they crisscross the city. 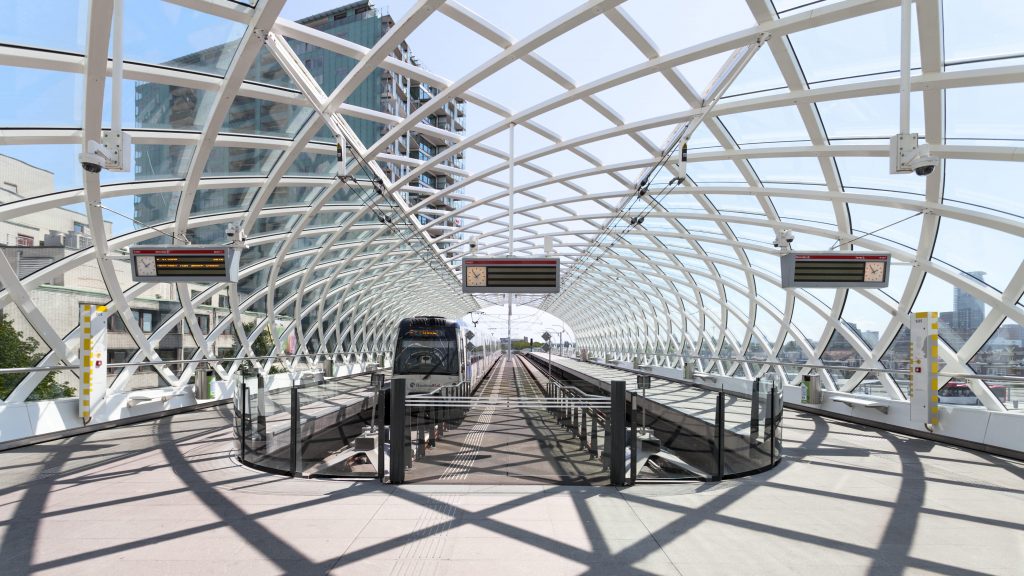 You might just fall for The Hague due to the very fact you always find someone who speaks your language. This quaint European city with its cobbled floors, houses over 150 international organizations including countless embassies, multinational corporations, EU Institutions and international schools. It’s also simple, easy-going and a refreshing alternative to Amsterdam’s hustle and bustle (read mayhem). In less than an hour by train, you’re in a refreshing, quaint city where things cost half the price and there’s half the kerfuffle. Lekker, eh? 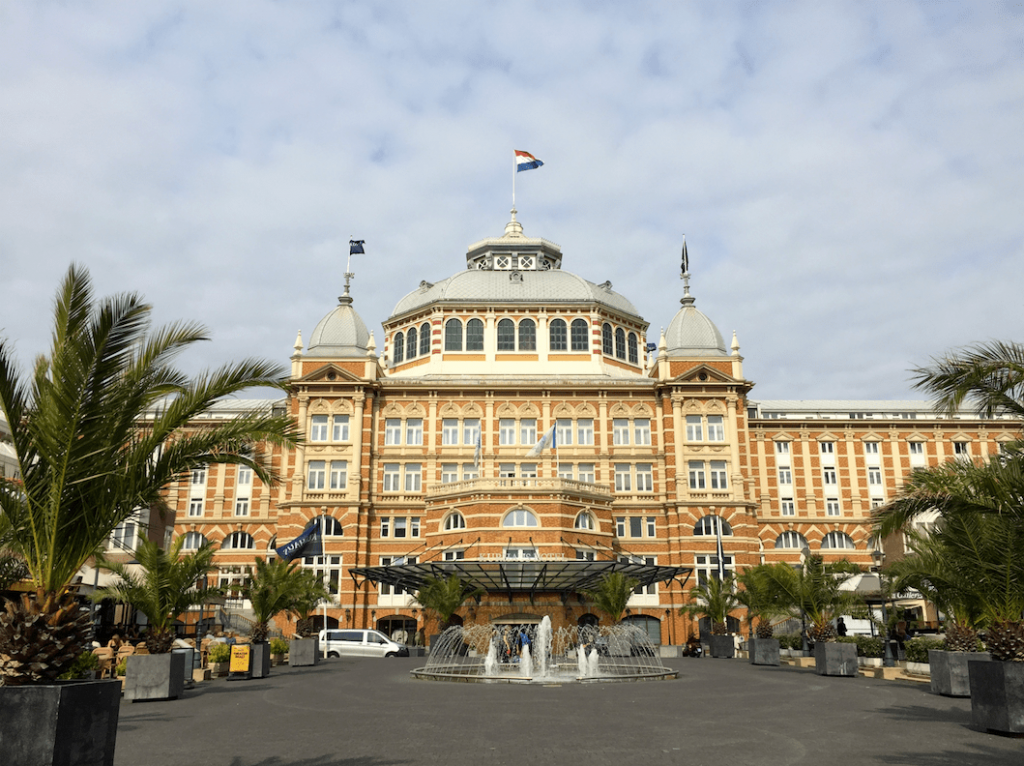 Hotels in The Hague 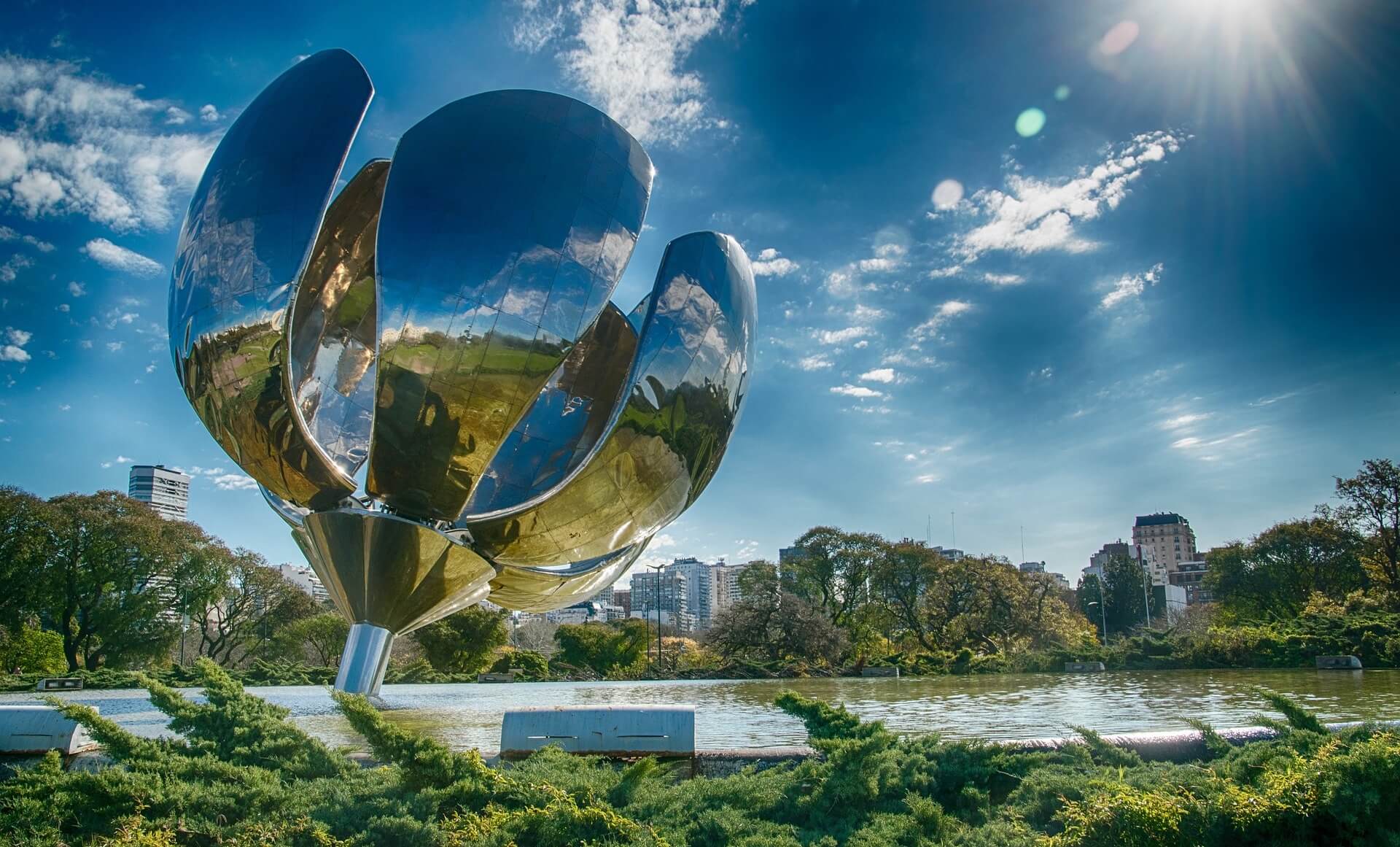 The best hotels in Buenos Aires for every budget (in 2023) 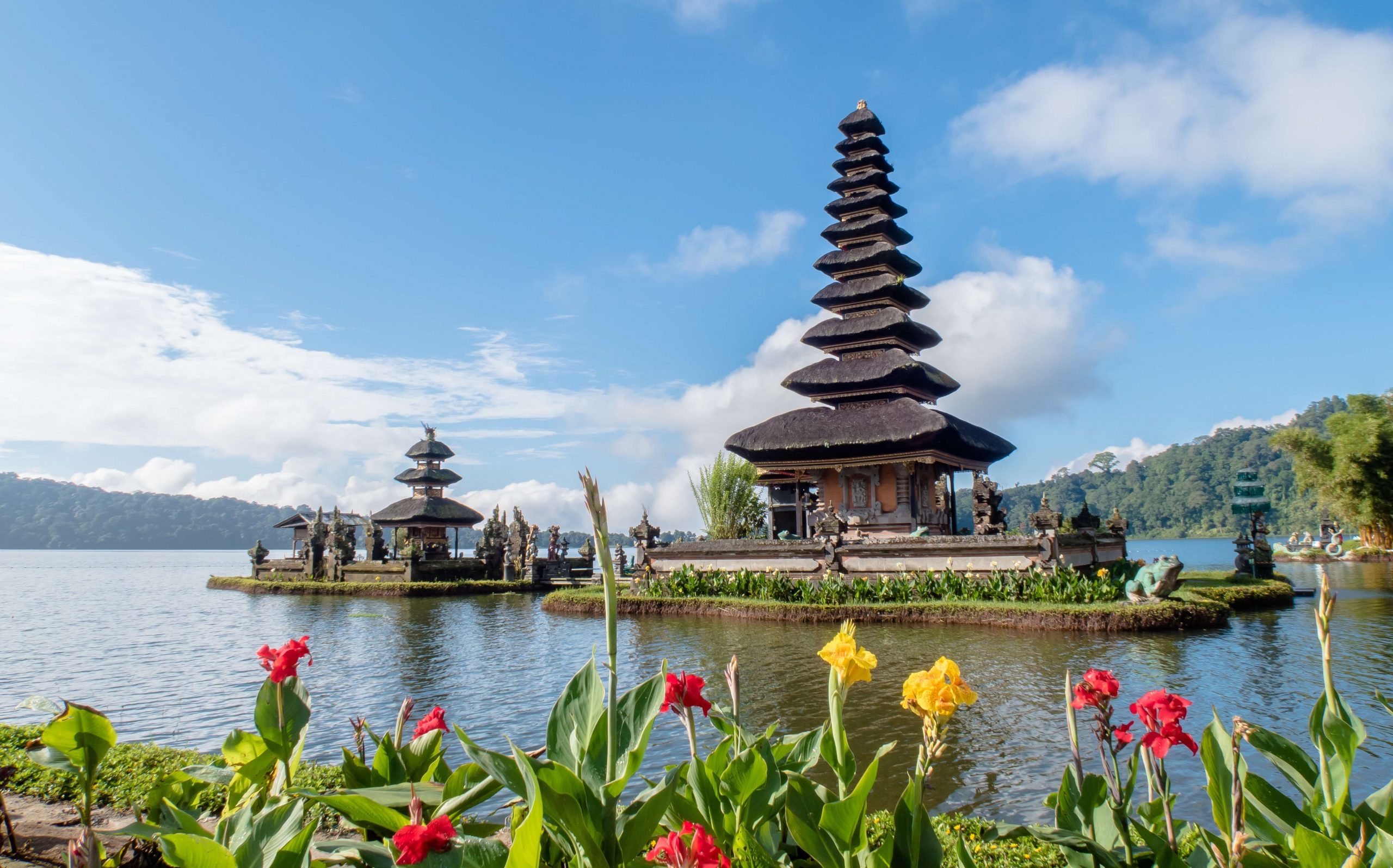 10 of the best digital nomad destinations to visit in 2023

You don't have permission to register