Home/Digital Nomad Travel/17 Escobar-free things to do in Medellin, a nomad hotspot 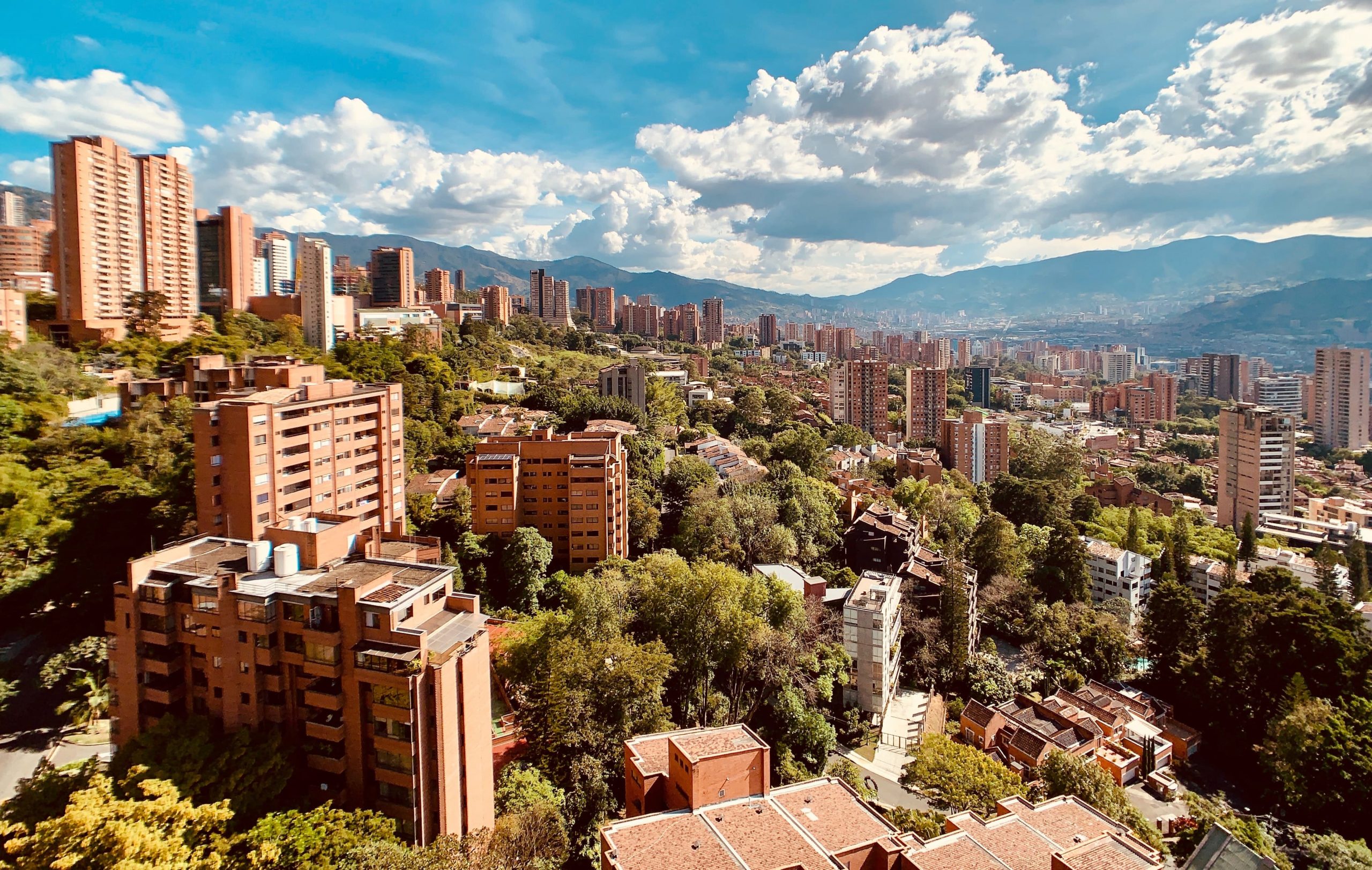 17 Escobar-free things to do in Medellin, a nomad hotspot

17 Escobar-free things to do in Medellin, a nomad hotspot

The secret’s out about Medellin. The reputation the Colombian city earned after years of treacherous drug wars and violence has been shed, paving the way for it to become one of the world’s most magnetic destinations and “South America’s Silicon Valley”. Medellin is now commended for its ease of living, affordability, vibrant culture, and that remarkable paisa hospitality. Notwithstanding, curiosity persists around the narco-trafficking era. Many visitors are lured to the Colombian city by its checkered past and find themselves on Escobar-centric tours, of which there are many.

While Medellin’s gritty past is not to be denied, many Colombians express discomfort with Pablo Escobar’s legacy being commoditized and diluted into a series of trivial experiences that elevate the drug lord from violent mobster to pop culture icon. There is also the question of who is allowed to profit from narco-tourism if at all anyone should.

It can be argued that the people that experienced (or partook) in the violence should indeed be the ones to tell the tales – so that others don’t. Shows like Narcos and Patron del Mal on Netflix reignited interest in Medellin’s narcotrafficking era but depicted the events with some factual inconsistencies (Escobar’s son pinpointed several). Narco-tour operators insist they are reclaiming the narrative and telling the truth from the horse’s mouth. However, widespread reports suggest the tour-givers elaborate for shock and awe to give tourists the gory details they came for.

There are several troubling elements about the tours. For one, they have a tendency to trivialize the real pain and suffering endured by Medellin’s residents. Secondly, the focus is often the bad hombres who are elevated to demi-gods and the ludicrous nature of their crimes. Slowly, authorities are taking steps to obliterate the iconic landmarks that make up the tours. The Monaco building, Escobar’s cocaine palace was detonated and the Pablo Escobar House Museum in Las Palmas has since been closed down. It was run by Pablo’s living brother Roberto who once bore the moniker “chief of the hitmen”. During one of his now-defunct tours, Roberto Escobar notably stated that “no act of violence is justified” when recounting the tale of his enemies castrating one of his prized racehorses.

Narco-trafficking is indeed a part of Medellin’s history, but not all of it. This guide of things to do in Medellin will help travellers construct an experience that celebrates what Medellin is today.

THINGS TO DO IN MEDELLIN

1. Feel the magic at a live football match

2. Meet the world at Parque Lleras

Whether you’re a backpacker, glampacker or newbie ex-pat in Medellin, Poblado’s Parque Lleras is undeniably where travellers convene in the city. Take a magazine, book or soft drink (no alcoholic beverages are permitted) and spark a conversation with someone or literally just watch the world go by.

Bendeja Paisa is a hearty dish loved and consumed in the Antioquia region of Colombia (similar to Venezuela’s Pabellón). It’s usually comprised of red beans, white rice, black pudding, avocado, fried eggs, chorizo and plantains. Sazon Paisa serves up a particularly great one and Mondongo’s in Poblado is another good place to get your hands on it. For a chance to run into reggaeton sensation Maluma, have yours at Sancho Paisa. According to Nexus magazine, it’s one of the Colombian heartthrob’s top four favourite restaurants in the world.

The whimsical, engorged sculptures by Medellin’s favourite son, Fernando Botero must be admired in Plaza Botero (Botero Square). Fernando Botero is one of Latin America’s most prolific artists and the square is one of Medellin’s top attractions due to the 23 pieces here. Within the square is also the Antioquia Museum and the Rafael Uribe Uribe Palace of Culture, a gothic chessboard-like building towering over the puffy sculptures.

What isn’t Fonda Jesus Dulce Mio? Colombia has perfected the art of the multi-sensory nightlife experience. Venues like Andres Carne de Res in Chia (just outside Bogota) and Jesus Dulce Mio (Sweet Jesus of Mine) in Medellin are places where one may dine, drink, dance, and bump into characters like evil doctors, Miss Colombia, cartoon characters, or clowns who may or may not approach to tickle you, feed you shots of Aguardiente or whatever else they see fit. These multi-hyphenate venues cater to all: families, friends, birthdays, retirement parties, you name it. Where décor is concerned, think Chiva party bus meets Christmas lights with a bunch of Colombian flags thrown in for good measure.

During the violent era, Communa 13 was one of the most dangerous neighbourhoods in the world. Today it’s pacified and visitors can go on tours run by locals that focus on graffiti and progress rather than bloodshed. If you’re lucky, they might even throw in an impromptu group salsa lesson. Communa 13 is also a prime spot to appreciate vast views of Medellin and the valley within which it sits.

Lulo, Nispero and Cherimoya are just some of the delicious exotic fruits found in Colombia – the second most biodiverse country in the world after Brazil. Buy these (and more) from the fruit sellers pushing their carts around Plaza Botero or in larger supermarkets like Exito.

Medellin is pleasantly digital nomad-friendly. It’s known for having a solid infrastructure that includes tons of free Wi-Fi in malls, cafes, and even in some public spaces, so remote workers don’t have to rely solely on the data on their sim cards. The popular area of El Poblado is full of hostels and hotels for long and short-term living but if being part of a dedicated community of entrepreneurs is more your speed, there are countless co-living and co-working spaces to keep you happy.

9. Find the performers in Plaza Cisneros

Parque de las Luces or Plaza Cisneros is a stunning square with 300 large light poles. In the afternoons, there are often performers and singers waiting to entertain tourists for tips while also lamenting about social injustices.

10. Experience all that is the Chiva party bus

Your hotel or hostel can help you book one. These music-blasting, disco light-flashing party machines just have to be done at one point or another. Sure, the buses are old and might break down en route to party heaven, but you’ll never forget the day you got on it.

The province of Antioquia is rich with beautiful landscapes and quaint heritage towns. Day trips from Medellin to nearby Guatape, Jardin and Santa Fé de Antioquia promise adventure, culture, and culinary contentment.

Santa Fé de Antioquia is about two hours outside of Medellin. Visit it to see the colonial buildings, cobbled floors and most importantly, The Bridge of the West (Puente de Occidente), which was the world’s third-largest suspension bridge at the time of its inception. It’s also fondly referred to as Colombia’s Brooklyn Bridge and it connects Santa Fé to the town of Olaya.

By no means may you leave Santa Fé without paying a visit to Portón del Parque, a gallery masquerading as a restaurant. On the menu here is traditional Colombian food in a colonial mansion with high ceilings. The biggest draw, however, is the dozens of Modigliani-style paintings on the walls.

12. Head to the top of Piedra El Peñol

El Peñol in Guatape enthusiastically describes itself as “the best view in the world”. This trip involves taking a two-hour bus from Medellin to Guatape and hiking up 650 steps to reach the incredible viewing tower overlooking Guatape’s man-made lakes. 13. Make a splash at a fabulous rooftop pool

Situated on the 18th floor of the Charlee Hotel in Parque Lleras, Envy Rooftop is one of those places you put your glad rags on for. There are regular pool parties, fashion events, and a delectable Sunday brunch.

San Antonio station in downtown Medellin connects you to Botero Park and Parque de las Luces as well as the cable cars that go to the top of the city. What many people don’t know is that right from the station’s platforms, you’re already granted an amazing view of the mountains, the cityscape and even a large Botero painting in the distance.

There’s fun for all at Parque Explora, an interactive science museum within four eye-catching red cubes. There are also attractive gardens, an aquarium, and over 300 mind-massaging experiences.

16. Go on one of the best free walking tours

You’ll keep hearing Real City Tours splashed about when in Medellin. It’s undeniably the most popular tour and with good reason. The guides are incredibly knowledgeable, friendly, the tour is conducted in English and it crams in a lot of history and sights within three and a half hours. Booking ahead is absolutely required and there are various meeting points.

One of the most fun things to do in Medellin is taking a scenic cable car ride. Take the Metrocable from Acevedo station to Santo Domingo where there are a couple of restaurants with not-too-shabby views of the City of Eternal Spring. You can also go further from Santo Domingo to Parque Arví, a 16,000-hectare protected rainforest. Places to stay in Medellin 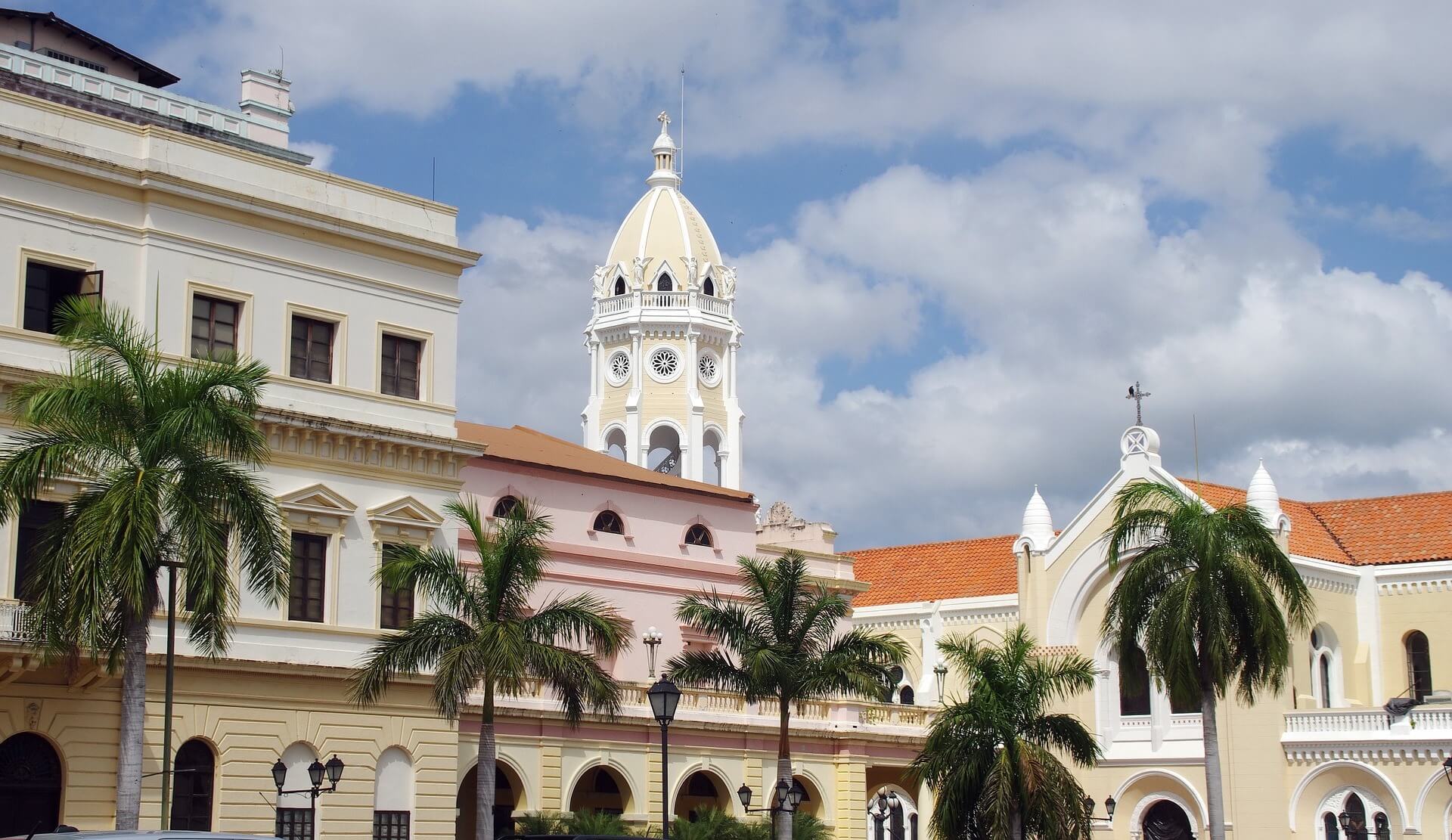 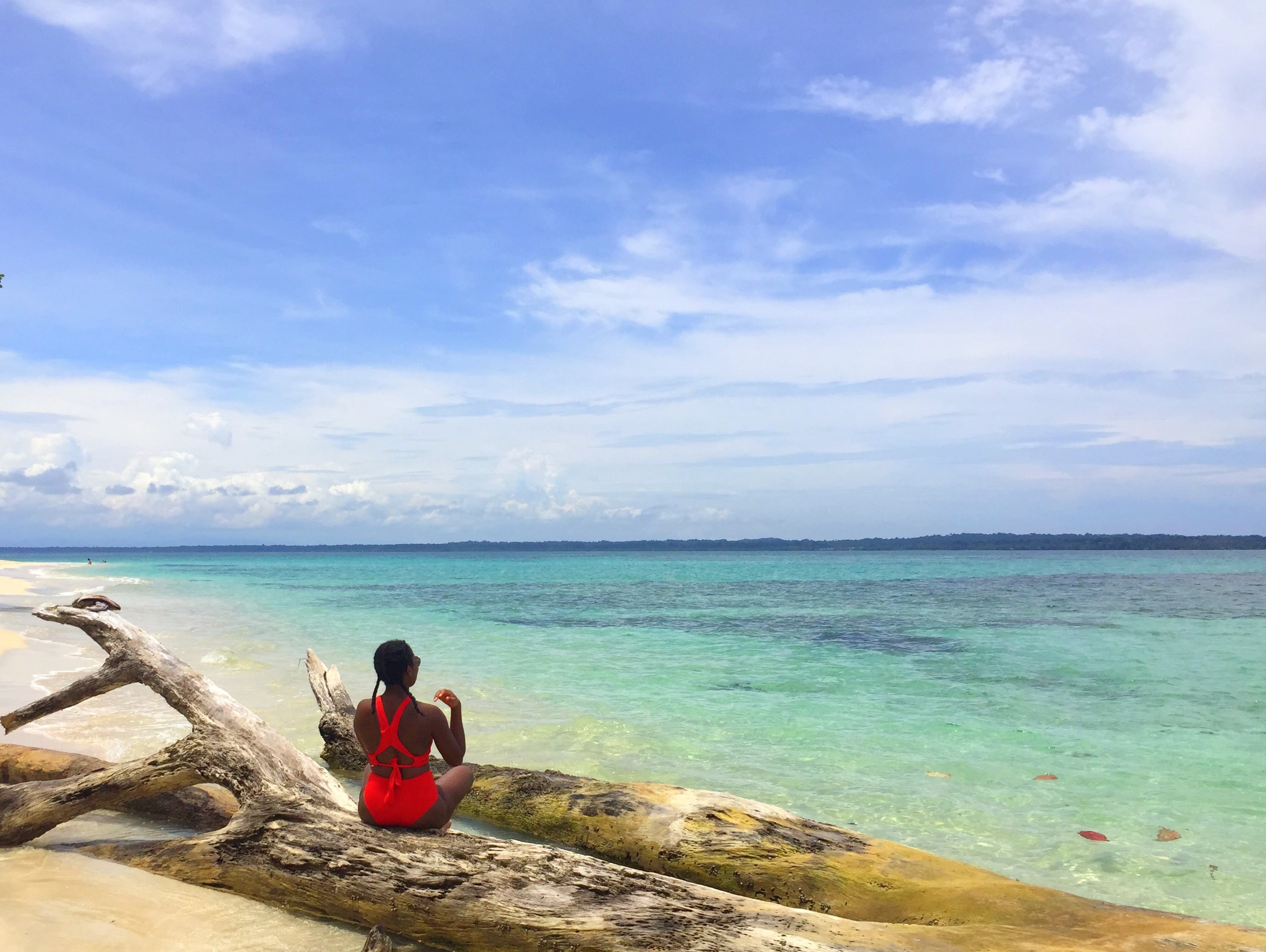 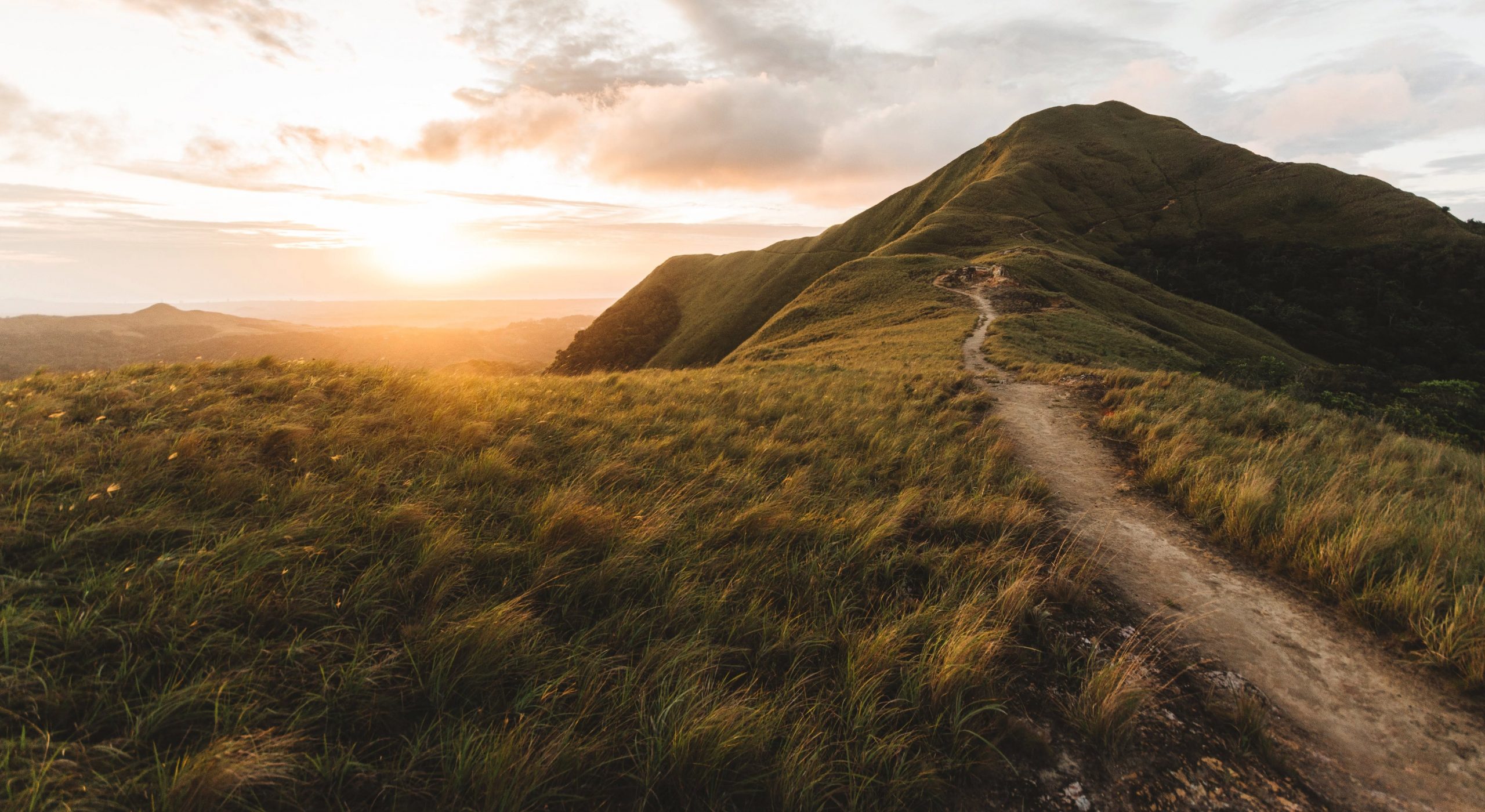